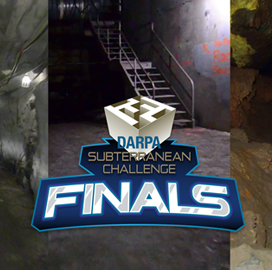 The DARPA- and self-funded teams will have their robots look for trapped survivors, invisible gas, cell phones and other common items in underground environments at the Louisville Mega Cavern in Kentucky as part of the SubT Challenge final event that will take place from Sept. 21 to 23, DARPA said Monday.

DARPA will also hold a virtual competition for the SubT Challenge and will accept entries through June 29 with plans to announce qualifiers by summer.