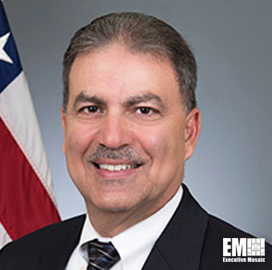 Michael White, principal director for Hypersonics at the Office of the undersecretary of defense for research and engineering OUSD (R&E), said the Department of Defense’s (DOD) modernization strategy considers hypersonics as one of the top priorities in order to ensure edge on the battlefield, DOD News reported Monday.

"[Hypersonics] capability is so important [that] the 2017 National Defense Strategy establishes [DOD's] need to deter and, if necessary, defeat our great-power competitors, China and Russia,” White said. "And for more than a decade, these great-power competitors have been rapidly developing highly capable systems that challenge our domain dominance on the tactical battlefield."

Systems that pose a challenge to U.S. weapon platforms include hypersonic missiles, air-missile defense platforms, anti-ship cruise and ballistic missiles and systems that compress the timelines of a tactical battlefield.

White said the Pentagon came up with the Hypersonics Modernization Strategy to advance the development of hypersonic-based warfighting capabilities in order to address the challenges posed by adversaries’ weapon systems.

"This strategy consists of a long-range responsive strike against time-critical, high-value targets where we are fielding a family of air-, land- and sea-launch, conventionally armed hypersonic strike weapons," White said. “These weapons will be designed for the defeat of maritime coastal and inland targets of critical importance on a timescale of relevance for the tactical battlefield.”