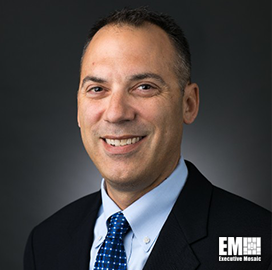 Raytheon Intelligence and Space (RI&S), a subsidiary of Raytheon Technologies, announced on Thursday that it has been awarded an U.S. Air Force intelligence program contract worth potentially $175 million. The contract period runs for five years and requires the company to provide signals intelligence services for the U.S. Air Force's Distributed Common Ground System, which collects, processes and analyzes intelligence.

RI&S will utilize its mission domain knowledge to supply high mission availability in support of end-to-end operations – from creating a mission plan for an airborne sensor to receiving data, processing that data and then either producing a report, storing it, or enhancing it by fusing it with other data.

"We're able to help ensure the highest level of operational availability for the system, all while reducing costs. With the open architecture baseline being declared fully mission capable, we anticipate greater improvement in analysts' efficiency and the ability to manage the availability of the system for all sites," added Appel.

Additionally, RS&I has obtained numerous other Department of Defense contracts, further establishing the company’s expertise in the government contracting sector. For example, the company announced yesterday that it was awarded a U.S. Space Force (USSF) contract for a follow-on control system for the GPS satellite constellation, estimated to be valued at $228 million.