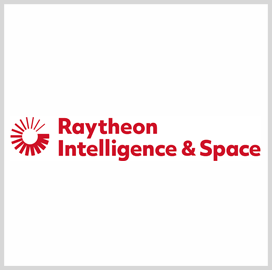 Raytheon Intelligence and Space has been awarded a U.S. Space Force (USSF) contract for a follow-on control system for the GPS satellite constellation, estimated to be valued at $228 million. The contract will expand Raytheon’s current work on an innovative ground system for Next Generation Operational Control System (OCX) GPS constellation.

Raytheon has already delivered OXC Block 0, the system’s launch and checkout system in 2017. The OCX software was finished in 2019. The company is now working on Blocks 1 and 2. This new contract award ensures Raytheon will develop Block3F. OCX Blocks 1 and 2 are scheduled for delivery in 2022. Block3F is due in July of 2025. C4isrnet reported the story on Wednesday.

Raytheon initially obtained a contract to work on the $6.2 billion OCX program in 2010.This first contract work has suffered delay, been over budget and vulnerable to further delays. According to a 2019 Government Accountability Office report, the program was already five years behind schedule.

The Air Force attempted to correct the program by awarding Lockheed Martin a contingency operations contract in 2016 to upgrade the Operational Control System, which currently controls the GPS constellation. Those upgrades enabled the ground system to work with the GPS III satellites, allowing operators limited access to those satellites’ advanced capabilities. That interim.

Additionally, in March of 2020, the USSF announced it would pay $378 million to replace OCX’s original computer hardware after the vendor was sold to a Chinese company.