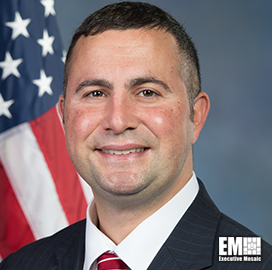 The office would coordinate all blockchain-related efforts pursued by federal agencies, except those led by the military. The secretary of commerce would appoint a director-level executive who would lead the office. Gina Raimondo has been the country's commerce secretary since March 3rd.

Blockchain technology stores information across a distributed ledger of multiple computers for applications such as cryptocurrency.