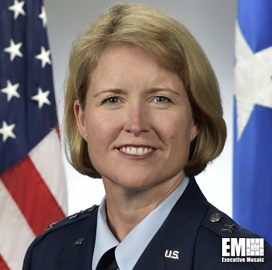 U.S. Space Command has put emphasis on ensuring the domain's security and availability for all nations for transportation and operation, according to Air Force Maj. Gen. DeAnna Burt, commander of the Combined Force Space Component Command (CFSCC) at Spacecom.

Speaking at a virtual space forum, Burt added that Spacecom prioritizes space domain awareness as intelligence enables the combatant command to know adversaries, Defense.gov reported. "Intell is the baseline for everything that we do," she said.

Other Spacecom priorities are maintaining alliances and partnerships with the U.K., Canada, Australia and other nations, working with NASA, the National Reconnaissance Office (NRO) and other government agencies, and collaborating with industry partners via the commercial integration cell.

Spacecom currently has 10 commercial partners. "They continue to work with us every day to help us to bring on more combat capability," said Burt.