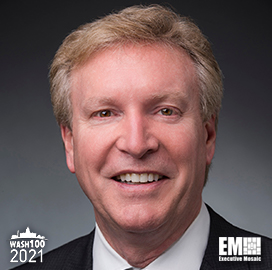 “Akima’s ranking in this year’s BGOV200 report reflects our company’s growth as well as our commitment to our shareholders and customers,” said Bill Monet, Akima's president and CEO.

“We are honored and proud to be included on this list with the other outstanding federal contractors, and we are dedicated to providing continued support and exemplary services to our government customers in the future,” added Monet, a 2021 Wash100 Award recipient.

Akima’s $1.1 billion in prime federal contracts illustrates the company’s ability to execute government contracts and its success has continued into FY 2021. For example, in June, RiverTech, an Akima subsidiary, secured a potential five-year, $40 million contract to train the flight crews of the U.S. Air Force (USAF) in Europe-Air Forces Africa.

That recent award requires RiverTech to provide live, virtual, constructive, academic and simulator instruction services to USAFE-AFAFRICA. Such services include facilitating an instrument refresher course for USAF airmen and teaching them in cockpit management, local area orientation and theater indoctrination.