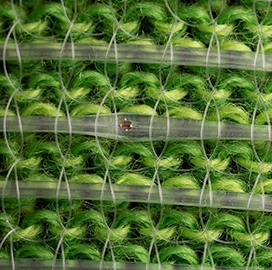 The U.S. Army has helped the Massachusetts Institute of Technology (MIT) produce a fiber that could allow for data transmission when sewed into soldier uniforms.

MIT's Army-funded Institute for Soldier Nanotechnologies (ISN) developed a fiber that can gather and process data while being worn as part of clothing, the service branch said Monday. The Army believes the fiber could allow soldier uniforms to power sensors and transmit gathered data to external entities.

ISN researchers tested the fiber's memory capacity by storing in it a 767-kilobit video file and a 0.48-megabyte audio file. The research also found that the fiber can be washed at least 10 times.

The team stated that artificial intelligence has the potential to expand the fiber's applications. ISN tested this by setting up a neural network of 1,650 connections in the fiber, which collected 270 minutes data on a wearer's surface body temperature. The fiber used this data to determine the wearer's activity, with an accuracy rate of 96 percent.

“This groundbreaking research, with other research underway at the ISN, could revolutionize Soldier uniforms,” said James Burgess, ISN's program manager at the Army Research Laboratory (ARL).