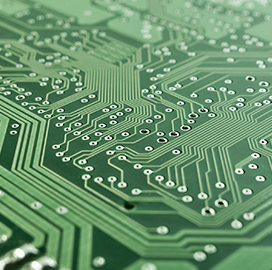 A bipartisan group of six senators proposed creating a 25 percent tax incentive for companies that will invest in equipment and facilities needed to manufacture semiconductors.

“Chips are a critical technology in our economy, as recent supply chain disruptions and shortages have made crystal clear," said Wyden, who serves as chair of the Senate Finance Committee. “The supply of everything from computers to cars is affected by these shortages, and the way to fix this problem is to bring chip manufacturing back to the United States.”

The legislation comes more than two months after President Biden asked Congress to authorize a $50 billion federal budget for semiconductor research and production investments as part of his administration's American Jobs Plan.

In a May 11th letter, the Semiconductors in America Coalition — which represents chip producers and downstream users nationwide — urged congressional leaders to approve the CHIPS for America Act.

The Semiconductor Industry Association and Boston Consulting Group found in a joint study that U.S. share of the global semiconductor production capacity declined from 37 percent in 1990 to 12 percent in 2020.