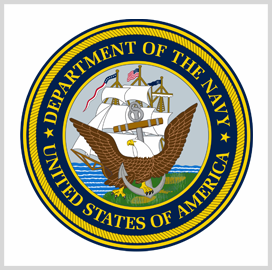 The Biden Administration is expected to nominate Carlos Del Toro as the next secretary of the Navy, according to an anonymous administration official. Del Toro is a retired U.S. Navy commander and business leader. If confirmed, he will be the second-ever Hispanic to hold the role, DefenseNews reported on Friday.

“Carlos Del Toro is an excellent selection to be the next Secretary of the Navy. He has an impressive resume and exemplifies so many of the qualities that make the Navy and our nation great,” commented Sen. Jack Reed.

Del Toro is a U.S. Navy Academy graduate and served 22 years in the Navy. He was the first commanding officer of the guided-missile destroyer Bulkeley, overseeing ship construction and fleet introduction activities as well as the integration of women into the crew. The Bulkeley was one of the first mixed-gender warships.

He also worked as a program manager for what was called Space and Naval Warfare Command and is now Naval Information Warfare Systems Command. Del Toro was also senior executive assistant to the director for program analysis and evaluation within the Office of the Secretary of Defense.

If confirmed, Del Toro will take over a service that is seeking to modernize and grow but is struggling to settle on a plan to do so. The Navy is in an ongoing fight with Congress.

“I look forward to scheduling his hearing, carefully reviewing his record, and learning more about his priorities for Navy programs and advancing the fleet of manned and unmanned vessels.”