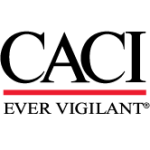 Lt. Gen. Brian Robinson, deputy commander of Air Mobility Command, hinted at the next demonstration for DARPA's Gremlins program during a Defense News-hosted event and he said the effort is an example of how a military asset like cargo aircraft can be used for a different mission.

Dynetics bested three other participants to win a contract in 2018 to help DARPA build and fly drones for the third phase of the program.