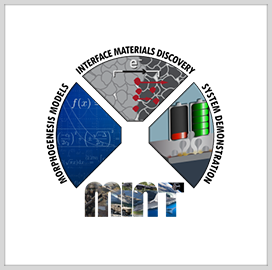 The Defense Advanced Research Projects Agency (DARPA) will hold a proposers day webinar on July 9th to provide information on the Morphogenic Interfaces program that seeks to enhance the persistence and performance of electrochemical systems that protect and power critical military hardware by addressing microscopic irregularities occurring at the interfaces of such systems.

The program has two application-centric focus areas and the first focuses on solid/solid charge transfer interfaces for solid-state batteries. Solid/liquid and solid/vapor interfaces for corrosion-resistant coatings and alloys will be the second focus area.

“Through this program, I want to spur the scientific community to exploit the mathematical framework offered by morphogenesis models to understand the evolution of morphology in solid/solid, solid/liquid, and solid/vapor interfaces, and extend this understanding to build better solid-state batteries, corrosion-resistant coatings and alloys,” said Sundaresan.

DARPA anticipates releasing a broad agency announcement for the MINT program in June, according to a notice posted Thursday on the SAM website.