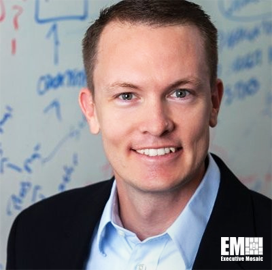 FirstNet: AT&T announced on Thursday that the company is introducing ‘ROG the Dog’ animal-assisted therapy to support public safety on the front lines. This new initiative builds on the launch of FirstNet Health & Wellness Coalition and reaffirms AT&T’s FirstNet commitment to first responders.

"Nothing is more important than the lives of first responders and the people they serve. That's why we're bringing ROG the Dog to the front lines for the men and women who run toward emergencies. We understand the service these everyday heroes provide to our communities does not come without burden and personal sacrifice,” commented Jason Porter, AT&T's FirstNet and public sector president.

“Serving public safety is our mission, and it's an honor to grow FirstNet beyond delivering innovative new technologies and mission-centric features, but also helping to ensure that those who put their lives on the line are at their best day in and day out,” Porter added.

The initiative is based on evidence that therapy dogs can mitigate depression, PTSD, burnout, anxiety and other mental health issues. Such problems disproportionately affect first responders.

The ROG is working with Global Medical Response (GMR) to provide therapy dog services, which are primarily meant for times of crises following natural or man-made disasters.

"Emergency response work has always been challenging, demanding so much from those sworn to protect our communities,” stated stated Rhonda Kelly, national director of GMR Life and executive director of the All Clear Foundation.

“Recent years have increased those challenges and stressors, in many cases significantly increasing the mental, emotional and physical tolls on responders. We are proud to partner with FirstNet to provide additional supports during the times when responders need them most, giving back to those who give so much for us,” concluded Kelly.