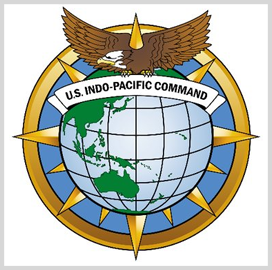 U.S. Indo-Pacific Command in its customary unfunded requirements list sent to Congress contains $889.94 million worth of projects and programs. INDOPACOM’s chief concern is more funding to develop a ballistic missile defense system for Guam. These lists are sent to Congress every year to help guide lawmakers as they decide what might require additional funding, DefenseNews reported on Tuesday.

INDOPACOM’s highest priority, a missile defense system for Guam would require $231.7 million in total. $77.2 million in procurement funding and $154.45 million in research and development.

The Missile Defense Agency (MDA) is planning to use $78.3 million in its FY22 base budget to inspect systems that could support the defense of Guam. The money would support detailed threat and requirements analysis, systems engineering, trade studies and specification updates.

Possible defenses for Guam are from the Aegis Combat System ships and the Terminal High Altitude Defense System (THAAD). They “are all part of that architecture consideration today, and we’re working that hard so that we can come forward and tell you exactly what we’re going to do on Guam,” commented Vice Adm. Jon Hill, MDA’s director, said during a June 9th hearing with the Senate Strategic Forces Subcommittee.

"Basing on Guam is critical to America’s goal to project its offensive power and deter possible threats in the INDOPACOM theater and that means the U.S. military must protect the island," Hill explained.

Creating a dedicated missile defense capability on Guam would free up Navy ships to return to maneuver forces.