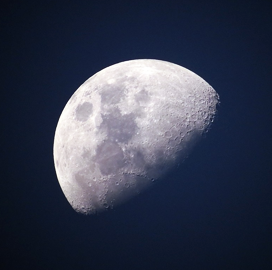 “With each new PRISM selection, we will build on our capabilities to enable bigger and better science and prove technology which will help pave the way for returning astronauts to the Moon through Artemis,” said Joel Kearns, deputy associate administrator for exploration at NASA’s science mission directorate.

Mark Panning of NASA’s Jet Propulsion Laboratory in California will oversee the FSS payload, while Robert Grimm of the Southwest Research Institute will lead the LITMS payload. FSS and LITMS payload suites are both headed to Schrodinger basin, an impact crater on the far side of the moon.

The FSS package will bring two seismometers to investigate tectonic activity on the lunar surface. The LITMS payload suite is composed of the Lunar Magnetotelluric Sounder and the Lunar Instrumentation for Thermal Exploration with Rapidity pneumatic drill that will help study the electrical conductivity and heat flow of the lunar interior in the basin.

NASA and the CLPS office at the Johnson Space Center in Houston will work together to award task orders to facilitate the delivery of the payloads to the lunar surface in the 2024 timeframe.