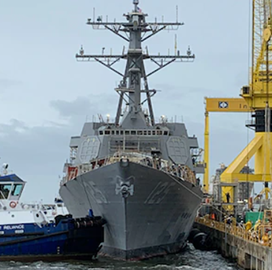 Four other ships from the same class, including the future USS Ted Stevens, are under construction at HII facilities.