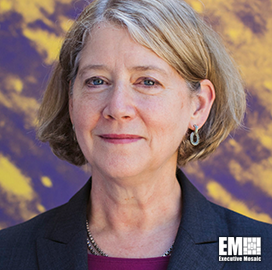 Pamela Melroy, a former NASA astronaut and retired U.S. Air Force colonel, has been confirmed by the Senate to be the space agency’s deputy administrator.

Melroy said Thursday she will work with NASA Administrator Bill Nelson to maintain U.S. edge "in space and beyond – exploring the wonders of the universe, expanding the Earth science research critical to combatting climate change, unlocking scientific discoveries that will change the world as we know it, and inspiring the next generation of discoverers and dreamers.”

The White House announced her nomination in April, citing her government and industry experience in the civil, commercial and national security sectors.

Her previous work at the agency spanned more than 14 years and she flew three space missions during her career there. As a USAF pilot, Melroy logged more than 6,000 flight hours with more than 50 aircraft.