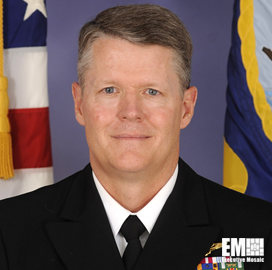 Rear Adm. Francis Morley has been nominated to serve as the next principal military deputy to James Geurts, assistant secretary of the U.S. Navy for research, development and acquisition as well as a 2021 Wash100 Award winner, the Department of Defense said Thursday.

In his upcoming role, the nominee would provide advice to Geurts on acquisition policies and programs for both the Navy and the Marine Corps.

A career Navy pilot, Morley has logged 3,500 flight hours and 750 carrier-arrested landings with more than 35 aircraft types such as the F/A-18A-F and the EA-18G.

He received recognition as the Commander, Naval Air Force Atlantic ship handler of the year and the Department of the Navy program manager of the year.