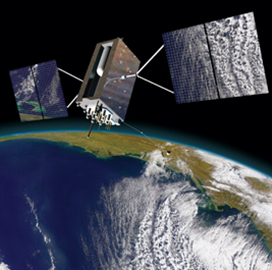 A U.S. Space Force delta will assume the responsibility for operations of 11 narrowband communications satellites currently managed by the Navy and satcom payloads being operated by the Army, SpaceNews reported Wednesday.

Space Delta 8, headquartered at Schriever AF Base in Colorado, is scheduled to commence the transition process in October as USSF aims to establish an integrated satcom enterprise that would connect military users.

Col. Matthew Holston, commander of Space Delta 8, said the move is part of the branch’s roadmap for utilizing Department of Defense (DOD) and commercial space-based communications.

Holston added that his team is working with both the Navy and the Army to facilitate the possible voluntary transfer of satellite operators that will be affected by the changes.