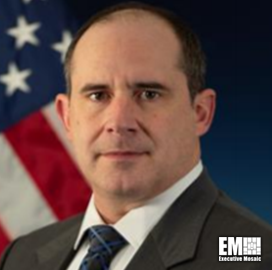 The second unmanned surface vessel, named NOMAD, of the Ghost Fleet Overlord program passed through the Panama Canal and completed its transit to the Pacific. The USV traveled 4,421 nautical miles from the Gulf Coast to the West Coast, moving autonomously 98 percent of the time, the Department of Defense said Monday.

DOD’s office of the secretary of defense strategic capabilities office and the U.S. Navy performed the second long-range autonomous transit with NOMAD. The Ghost Fleet Overlord program’s first vessel, dubbed RANGER, completed a similar trip in October 2020. Both vessels were in manual mode when they traversed the Panama Canal.

"This is another significant milestone for SCO's Ghost Fleet Overlord program and supports the Navy's Unmanned Campaign Framework by adding a second Overlord vessel to the West Coast," said SCO Director Jay Dryer.

"The SCO Ghost Fleet Overlord program serves to inform Navy prototype efforts by integrating mature technologies to accelerate service priorities and is a key piece of the build a little, test a little, and learn a lot philosophy articulated in the Navy Unmanned Campaign Framework," Dryer added.

Sailors from the Navy’s Surface Development Squadron One performed the remote mission for the NOMAD transit, which provided DOD and the service a chance to further test autonomous operations and vessel endurance, among others.

Two additional USV prototypes for the Ghost Fleet Overlord program are under construction and the Navy will use those to expand its experimentation and testing initiatives.

The program’s second phase that started in Sept. 2019 is expected to wrap up in early 2022. By that time, the Navy will oversee those vessels for further experimentation.