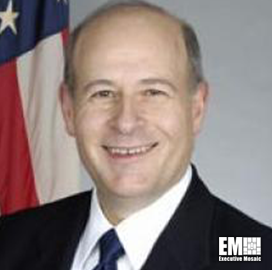 The Senate confirmed Richard Spinrad, a professor of oceanography at Oregon State University, to lead the National Oceanic and Atmospheric Administration and concurrently serve as the Department of Commerce's undersecretary for oceans and atmosphere.

His agenda as the 11th NOAA administrator includes developing environmental products and services, sustainability programs and scientific and technical professionals.

“As an accomplished and respected scientist, educator, communicator and executive, Rick has dedicated his career to the science that is at the core of NOAA’s mission,” said Commerce Secretary Gina Raimondo.

“I look forward to working alongside him as we tackle the climate crisis, conserve our oceans and grow our blue economy,” Raimondo added.

Spinrad's appointment will mark his return to the agency where he previously served as chief scientist and assistant administrator for research, ocean services and coastal management.

The 67-year-old New York City serves as a member of the ocean studies board at the National Academy of Sciences, Engineering and Medicine. He also held environmental and research positions at the U.S. Navy.