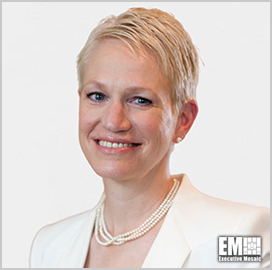 President Biden has nominated Celeste Wallander, the head of a Washington, D.C.-based nonprofit organization that aims to build private sector connections between the U.S. and Russia, to serve as assistant secretary for international security affairs at the Department of Defense (DOD), the White House announced Tuesday.

Wallander, president and CEO of the U.S.-Russia Foundation, would return to DOD and advise the defense secretary on international security strategy and policy matters if the Senate confirms her nomination.

She served as the Pentagon's deputy assistant secretary for Russia, Ukraine and Eurasia from 2009 to 2012. Her government experience also includes time as special assistant to the U.S. president and as senior director for Russia/Central Asia at the National Security Council (NSC).

Wallander has authored more than 80 publications on security issues in the European and Eurasian regions, with a focus on Russia's defense and foreign strategy. She also worked as a professor at American University, Harvard University and Georgetown University.