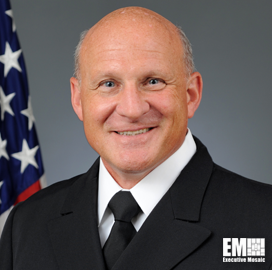 The Navy conducted the Future Naval Force Study in 2020 and Gilday said the analysis enabled the service and the U.S. Marine Corps to get a clear view of the assets they should deploy to deter a future fight.

“The analysis really gave us a sense, beyond the numbers, what the composition of the fleet needs to be in order to effectively deter and fight, and that really comes down to joint capabilities that the Navy would contribute to a joint fight,” he said.

Although the law requires the Navy to achieve a fleet of 355 ships, Gilday said the service can afford approximately 300 ships given its current budget.

“So that includes the manning, the training, the equipping, the supply parts, the ammunition, the training days, the flying hours, all of that that yields a fleet that’s ready to go to sea today and deter a China, deter a Russia from any malign activity,” he added.

Gilday noted that the proposed budget compelled him to prioritize readiness and training over increased capacity and modernization to deploy new capabilities.

He said the Navy expects the delivery of Block III and IV Virginia-class attack submarines by 2025. Other fleet improvements Gilday expects to see in the short term are the availability of Flight III Arleigh Burke-class destroyers and a Zumwalt-class destroyer equipped with a hypersonic weapon.