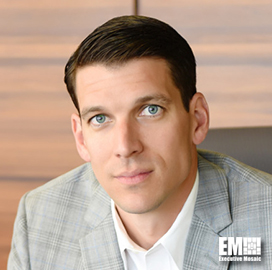 BlueHalo announced on Tuesday that the company has selected the MaxQ site in Albuquerque, N.M., for a new state-of-the-art campus to facilitate the company’s acceleration into production and its long-term commitment to investing in New Mexico and creating high-wage manufacturing jobs.

“We are excited about the selection of the MaxQ site for our new franchise technology campus in Albuquerque,” said Jonathan Moneymaker, BlueHalo’s CEO.

“This site represents BlueHalo’s long-term commitment to New Mexico and will not only enhance the company’s ability to support current and future programs at Kirtland Air Force Base but will also serve as one of the major hubs across the BlueHalo Labs national infrastructure designed to fuel future innovations to solve some of the most complex technology problems and transition those to full production, getting real capability into the hands of those who need it most,” added Moneymaker.

The MaxQ location will be the site for the company's  200,000-square-foot New Mexico campus. The development will bring hundreds of BlueHalo’s employees into a consolidated ecosystem.

The planned campus will include office complexes, laboratories, manufacturing facilities, test areas and secure spaces. The company will manufacture multiple critical products at the new facility in support of space, directed energy and air and missile defense for its private and government customers.

“High-quality and good-paying careers, a massive economic impact for our state and the metro area, a significant capital investment — this is the kind of economic expansion and partnership that New Mexicans can get excited about," stated New Mexico Gov. Michelle Lujan Grisham.

The company will create an additional 64 jobs with an average salary of $90,000 at the campus. The total economic impact for the MaxQ project with existing and expanded operations is estimated to be $3.2 billion over the next ten years.