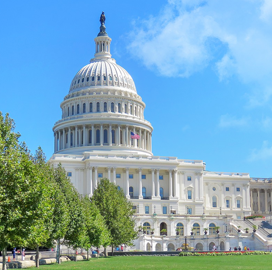 The House Appropriations Committee has released a report calling for the U.S. Space Force to come up with a clear plan for its future system architectures based on “rigorous technical analysis with executable plans resourced by realistic budgets,” Breaking Defense reported Tuesday.

The House panel’s fiscal year 2022 budget report recommends that the Space Force reassess the organizational construct of the Space and Missile Systems Center.

The committee made the recommendations after it found that the Space Force and the U.S. Air Force failed to make clear progress in advancing space acquisition reform. The congressional report also cited the lack of an evidence-based plan for future space architecture.

The Space Force requested a budget of $2.77 billion for FY 2022 procurement, but House appropriators recommended a $25 million reduction from the proposed budget. The service proposed a budget of $11.26 billion for FY 2022 research, development, test and evaluation, but the House committee recommended an appropriation of $10.77 billion, reflecting a $492 million drop in proposed funds.

The House panel report also called on the Air Force “to simplify the decision chain from program managers to program executive officers to a service acquisition executive” and  “consider organizing units around mission-based program areas which correspond to their operational counterparts in Space Operations Command.”

If you’re interested in the U.S. military’s space technology procurement efforts, then check out GovCon Wire’s Space Acquisition Forum coming up on Sept. 14th. To register for this virtual forum and view other upcoming events, visit the GCW Events page.