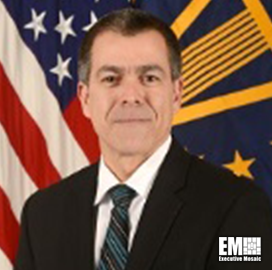 Joseph Nogueira, acting director of the office of cost assessment and program evaluation (CAPE) at the Department of Defense (DOD), told members of a House Armed Services Committee panel Tuesday that CAPE performed analytic efforts to evaluate the readiness and capability of DOD’s tactical aircraft in support of the budget request for fiscal year 2022, DOD News reported.

He said CAPE also led the next-generation air dominance analysis of alternatives of the U.S. Air Force and the U.S. Navy and the joint tactical air synthetic training efforts.

Nogueira noted that CAPE is conducting an assessment of USAF’s digital century series business case and analyses of acquisition strategies for sixth-generation aircraft and continues discussions with contractors and program offices to get insights and inform acquisition programs.

“The digital century series business case review should be completed in August, and I expect to send it to you shortly thereafter," he told lawmakers.

Nogueira also provided updates on tactical air studies being carried out by the Navy and Air Force and other analytical efforts across the Pentagon.

Raymond O'Toole, acting director of operational test and evaluation at DOD, joined Nogueira during the hearing and testified about the need for updated test and training capabilities.