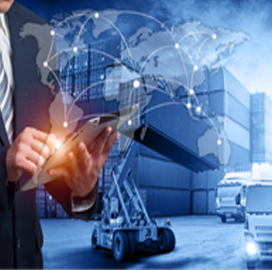 The Defense Critical Supply Chain Task Force has issued its final report outlining six recommendations for the Department of Defense and one of those is the need to treat the security of supply chains as a strategic priority.

The report submitted to the House Armed Services Committee (HASC) calls for DOD to come up with a departmentwide strategy and system to continuously monitor, assess and mitigate risks in the defense supply chain., HASC said Thursday.

The task force also recommended that the Pentagon develop risk mitigation strategies and understand supply chain-related vulnerabilities by having visibility; reduce dependence on adversaries for manufacturing and resources; and use its influence to facilitate workforce improvement by partnering with industry, local entities and other federal agencies.

DOD should also strengthen its ability to partner with allies through the National Technology and Industrial Base and deploy the full range of U.S. innovation to secure supply chains involving rare earth elements, according to the report.

“Last year, we all saw how the shortages of PPE cost American lives. … It was so clear we could never let that happen again, especially on items that are directly connected to our national security," said Rep. Elissa Slotkin, D-Mich.

Slotkin said the task force has proposed several measures to reduce dependence on foreign suppliers and prevent future shortages and that she will work to integrate the recommendations into the fiscal year 2022 National Defense Authorization Act.