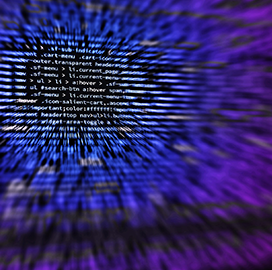 Ccooperative research and development agreements signed by the military branch will allow industry partners to update and commercialize Whiddler software, which 90 COS personnel created to determine the probability of a signature-less file being a malicious item.

“Through that cooperative agreement, we are able to reap the benefits of those improvements at no cost to the government or at least to now cost to our unit," Rebecca Lively, deputy director of the 90 COS, was quoted as saying by C4ISRNET.

Eric Rosenberg, chief of cyber intellectual property law at the Air Force's 67th Cyberspace Wing, told the publication that the branch could help the private sector guard businesses and consumers against cyber threats via the technology transfer process.