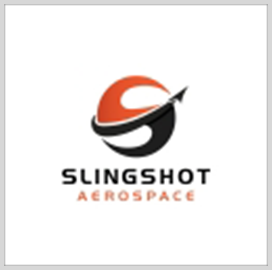 Slingshot Aerospace has named four executives with industry, government and academia experience to join its advisory board as the simulation and analytics company works to deliver space domain-focused technologies to customers.

Melanie Stricklan, co-founder and CEO of Slingshot Aerospace, commented that the new appointees will help the company achieve its goal of creating space sustainability. "Each person will be invaluable to our team as we build technologies that provide a full, dynamic picture of the space domain, allowing our customers to make decisions at the speed of relevance," she added.

Berkenstock will bring his over two decades of industry experience to his new role, while Howell will cotribute insight gained from serving at Purdue University School of Aeronautics and Astronautics since 1982.

O’Connell, on the other hand, is an entrepreneur and business leader who also has 35 years of government and research organization experience. As the director of the Office of Space Commerce, he led space commerce policy activities within the Department of Commerce.

Meanwhile, Vaughn was responsible for overseeing VOX Space and its delivery of satellite launch services. She has over two decades of experience in the space industry.

Slingshot Aerospace also appointed Belinda Marchand as director of astrodynamics and research and development, and Alonso Segura as senior director of space systems accounts. Marchand has almost three decades of industry and academia experience while Segura is the former deputy chief of Rapid Development Division for the U.S. Space Force.