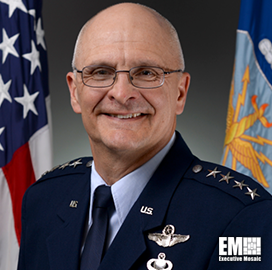 The U.S. Air Force Materiel Command (AFMC) has received the responsibility of being the designated servicing major command (MAJCOM) for airmen with the U.S. Space Force.

Under the organizational changes, USAF servicemen requiring interaction with their MAJCOM would now receive assistance with Headquarters AFMC 2-letter staff.

However, they will continue to be serviced by their local military personnel flight and civilian personnel offices and the Air Force Personnel Center.

To enact the changes, Air Force leaders wrote documents detailing a strategic overview of USAF's support to the USSF and a programming plan of how AFMC will assist airmen in need.

"We’re all in to ensure the success of the space mission and the Airmen assigned to the U.S. Space Force," said AFMC Commander Gen. Arnold Bunch, Jr.