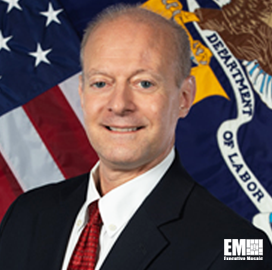 Paul Blahusch, chief information security officer at the Department of Labor (DOL), said they are working on a new implementation approach that builds on zero trust architecture in compliance with the White House’s cybersecurity order, FCW reported Wednesday.

The department has started restructuring to meet the EO’s deadlines that include the development of agency-wide plans for zero trust systems and implementation within 60 days, Blahusch said during a cybersecurity workshop.

He was able to recruit at least six officials from the DOL and its contractors that will form the dedicated team responsible for evaluating the department’s cyberposture.

The CISO noted that a total of 21 strategic initiatives aimed at bridging the gap between the agency’s zero-trust capabilities and the goals of the Biden administration as laid out in the EO, have been developed by the team.

President Biden signed the Executive Order on Improving the Nation’s Cybersecurity on May 12th, requiring the federal government to use best security practices, shift to zero-trust architecture and secure cloud services, as well as streamlining access to cybersecurity data.

FCW indicated that the DOL is eyed to allocate $819 million for its information technology projects in fiscal year 2021.