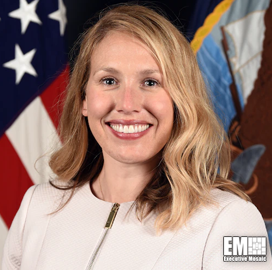 Meredith Berger — assistant secretary of the Navy for energy, installations and environment — has succeeded the retiring James Geurts to serve as the U.S. Navy's undersecretary.

Berger formerly served as the deputy chief of staff to the secretary of the Navy, a role she held from 2014 to 2017, the Navy said Monday. Her career includes work with the Environmental Protection Agency, the Department of Defense, and the state of Florida's financial services department.

Geurts will retire on August 28th, ending a 34-year career in government service. This career includes 22 years of work across U.S. Air Force procurement functions before he joined U.S. Special Operations Command as an acquisition executive.

“The Department of the Navy has been strengthened by the wisdom and leadership generated by Mr. Geurts,” said Carlos Del Toro, secretary of the Navy.