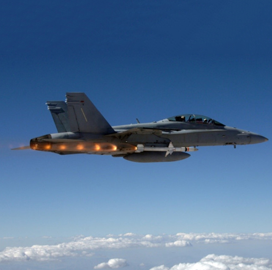 “The AARGM-ER was successfully launched from the F/A-18 aircraft and met the key test objectives of a first missile live-fire event," said Captain A.C. Dutko, program manager for Direct Time Sensitive Strike at the Navy.

The test demonstrated the missile's ability to traverse long ranges. AARGM-ER is designed to launch from F/A-18E/F Super Hornet, EA-18G Growler and all three versions of the F-35 aircraft.