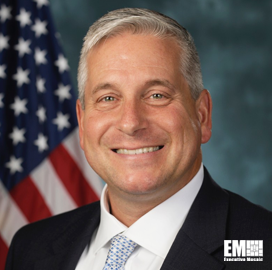 Courtney joined DHS in June 2019 as deputy CPO and assumed the CPO role on an interim basis following the retirement of Soraya Correa in July.

Prior to DHS, he worked at the Department of Justice as a section chief and head of contracting activity for over six years. Courtney said he will ensure that DHS remains transparent and open in its communications with industry in his role as CPO.

“Additionally, please know that Nina Ferraro, Acting Deputy Chief Procurement Officer, and Jaclyn Rubino, Executive Director of Strategic Programs Division, serve as other representatives on my behalf to discuss matters of importance with you and your members,” he said in his message to industry association leaders.