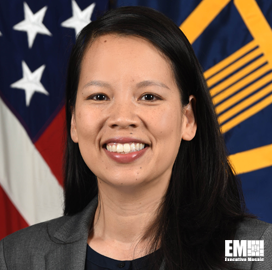 The Senate on Friday voted to confirm Margaret Vo Schaus, a career member of the Senior Executive Service, as NASA's next chief financial officer.

Vo Schaus, who received nomination for the space agency's CFO role in April, said that the agency's budget is not only meant to support space exploration work, but also to expand educational opportunities, create jobs and encourage future astronauts and scientists.

“As we continue to explore the universe, expand critical Earth science research to combat climate change and maintain the world’s most talented workforce, I am fully committed to helping ensure the president and administrator's vision is carried out here at NASA," she added.

She has served as director of business operations in the Office of the Under Secretary for Research and Engineering since August 2019 and previously held various positions at the Department of Energy (DOE).

NASA Administrator Bill Nelson said that the agency needs steady management of the budget to support its upcoming efforts such as the deployment of the first woman and person of color to the Moon and preparation for human spaceflight to Mars.