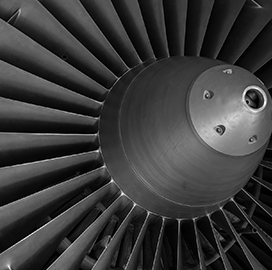 The Aerospace Industries Association (AIA) is calling on the U.S. government to expedite review of potential rule changes for aircraft engines to facilitate the implementation of global standards meant to reduce soot emissions ahead of the 2023 deadline and avoid any potential supply chain disruption, Reuters reported Friday.

The Environmental Protection Agency (EPA) is expected to come up with a final rule on aircraft engines by September 2022 and any rule changes should be reviewed and approved by the Federal Aviation Administration (FAA).

General Electric has urged the current administration to speed up the rulemaking process in order for engine makers to have "clear standards for demonstrating compliance prior to the 2023 deadline."

The Biden administration announced Thursday several federal actions as part of efforts to reduce aviation emissions by 20 percent by 2030 and achieve a zero-carbon aviation sector by 2050.

Climate-related risks to the national security mission and the role of data analytics tools in climate adaptation will be the key points of discussion at the Potomac Officers Club's virtual event on Tuesday, Sept. 14. Click here to register for the "Bolstering Climate Resilience for National Security" forum and learn more about POC's other upcoming events.