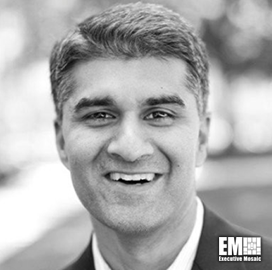 President Biden has nominated Ashish Vazirani, principal of A2O Strategies and former executive director and CEO of the National Military Family Association, as deputy undersecretary for personnel and readiness at the Department of Defense.

During his stint at NMFA, the White House said Tuesday that he oversaw the strategies and operations of the organization’s advocacy and programs, such as the child care fee relief initiative, aimed at helping military families.

In his current capacity at A2O Strategies, the 22-year veteran in management consulting advises commercial and nonprofit enterprises on how to develop and execute growth strategies.

For seven years, Vazirani was on active duty in the U.S. Navy as a lieutenant and submarine officer. He graduated with a bachelor’s degree in mechanical engineering and also holds an MBA and master’s degree in engineering from Northwestern University.