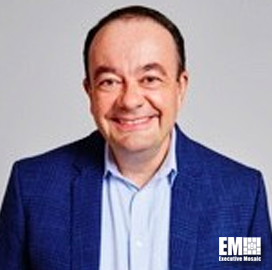 In his new role, effective October 1, 2021, Ojakli will serve as chief lobbyist for the global enterprise and oversee the company’s philanthropic organization, Boeing Global Engagement. Ojakli will serve on Boeing’s Executive Council and report to President and CEO, David Calhoun.

Calhoun welcomed Ojakli to the new role and said the new executive’s proven track record in public policy and government relations will be an asset to the company’s mission.

“His broad experience serving in executive roles in government and the private sector will contribute to our engagement with our stakeholders as we continue our focus on safety, quality and transparency, and transforming our company for the future,” Calhoun continued.

In addition, Calhoun thanked Marc Allen for his service and “impactful leadership” as interim executive vice president of government operations.

Ojakli brings over 25 years of diverse experience in global government relations roles to his new position at Boeing. He previously served as managing partner and senior vice president of Softbank, where he created the investment company’s first global government affairs operation, and as group vice president at Ford Motor Company, where he led global business efforts and directed the company’s philanthropic efforts.

Prior to that, Ojakli held chief of staff and policy director roles for U.S. Senator Paul Coverdell.