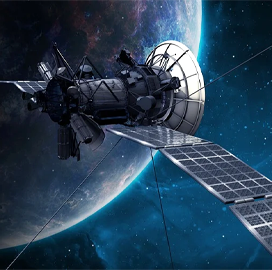 USSF selected National Security Technology Accelerator in January to act as the manager of “SpEC Reloaded" and administer up to $12 billion in prototype development funds over a 10-year period.

Sejba, who serves as program executive officer for space development, described the consortium as "a foundational tool" that allows organizations within the Department of Defense to rapidly seek industry proposals and issue awards nearly 40 percent faster than some traditional Federal Acquisition Regulation-based contracting methods.

He told Defense News that 80 percent of the 441 SpEC members reported by the USSF's Space and Missile Systems Center in December 2020 were nontraditional contractors and nearly 60 percent of consortium awards went to such companies.

The U.S. Air Force established the program in November 2017 and USSF sought feedback from industry in August 2019 on the recompete of the consortium management agreement.

“To see where we’ve gone, starting off with just [a] $100 million OTA ceiling and just a couple dozen small businesses and traditionals — last count we were just shy of 600 companies that are a part of the Space Enterprise Consortium,” Sejba said, according to the publication.