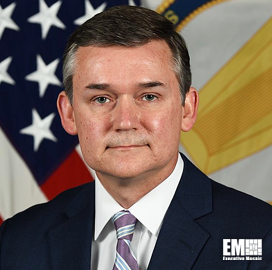 Douglas Bush, acting assistant secretary for acquisition, logistics and technology at the U.S. Army, is set to receive a presidential nomination to serve in the role on a full-time basis, the White House announced Tuesday.

He would continue to oversee the branch's acquisition programs if the Senate approves the appointment and succeed Bruce Jette, who held the role for three years until January 2021.

His government career also includes service as deputy staff director of the House Armed Services Committee, where he managed the panel's administrative and legislative functions, and a HASC professional staff member from 2007 to 2019.