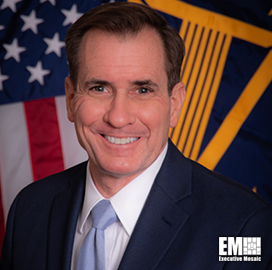 John Kirby, press secretary of the Pentagon, said the military will continue its counterterrorism efforts in Africa and other locations being pursued by al-Qaida, despite the end of U.S. operations in Afghanistan.

Kirby said at a conference the Department of Defense continues to review if it has deployed the right amount of forces at specific areas across the globe, DOD News reported Monday.

He said the global posture review is nearing completion and considers how Taliban may continue to pursue locations outside Afghanistan.

The press secretary said it is still too soon to determine how Taliban's rule over Afghanistan will influence terrorism in Africa, but the U.S. will continue to keep watch.