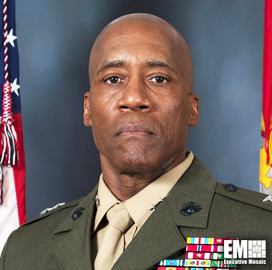 Langley, one of the only six Black generals in the U.S. Marine Corps, will also be promoted to the rank of lieutenant general in line with the nomination, the Department of Defense said Tuesday.

He will also continue to serve as the commanding general of the Fleet Marine Force Atlantic and commander of the Marine Forces Northern Command, Norfolk, Virginia.

Hailing from Shreveport, Louisiana, Langley joined the Platoon Leaders Course program in 1982 and was commissioned as second lieutenant by 1985.

He previously served as deputy executive assistant to the chairman of the Joint Chiefs of Staff, director for strategy, plans and policy, J-5 at the U.S. Central Command and assistant deputy commandant at the Marine Corps Office of Programs and Resources.