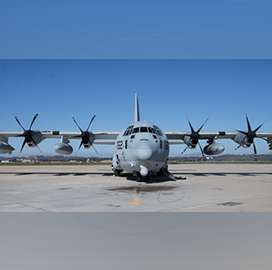 The KC-130J tanker's new configuration achieved full operational capability at the U.S. Marine Corps when the service received its 10th unit of the modified aircraft on Aug. 26.