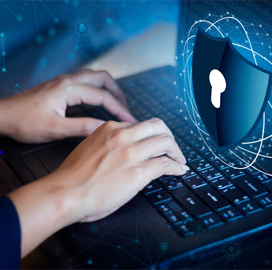 Professor Binoy Ravindran leads a U.S. Navy-supported team of students studying how to address cyber vulnerabilities in ways that do not interfere with a system's functions.

John Seel, head of NSWCDD's warfare control and integration department, proposed the main focuses of Ravindran's project. Seel specifically seeks ways to verify if scrambled and non-scrambled versions of a code are performing the same way.

“Say a contractor is delivering an updated combat system with a scrambled version of code that is meant to be more secure," Ravindran said. “With the technique that [one student researcher] is developing, Dr. Seel would then be able to verify that the two versions of the code are indeed doing the same thing,” the professor noted.

This technique has the potential to mature into a refined software structure during later stages of development.