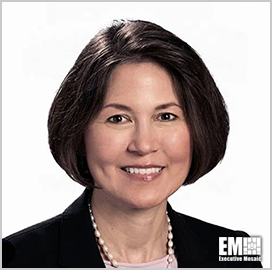 The National Defense University Foundation (NDU) has added Sharon Dunbar, Madelyn Creedon and Angela Ambrose, who all have national security experience, to its board of directors.

She ended her USAF career in 2014 as commander of the Air Force District of Washington. Dunbar is also a member of the Potomac Officers Club. Creedon serves as president of Green Marble Group and holds nearly four decades of federal government experience.

Her government experience includes work with the Department of Energy's (DOE) National Nuclear Security Administration (NNSA), where she was principal deputy administrator. She also served as the Pentagon's assistant secretary of defense for global strategic affairs.

Ambrose, GM Defense's vice president of government relations and communications, previously served as the Department of Defense's deputy director of congressional affairs. She was also a senior legislative liaison under the director of national intelligence and holds a private-sector career with work at Northrop Grumman and Accenture Federal Services.