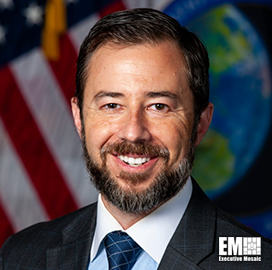 Dave Gauthier, the agency's director of commercial and business operations, said the strategy would allow agencies to explore new geospatial technologies and services offered by the private sector.

Gauthier said the agency has focused on commercial analytic services and, over the past six months, launched new contracts for commercial radar and radio frequency alerts.

“It is changing the way our analysts and operators think about how to solve problems,” he told Federal News Network regarding the shift to commercial services.