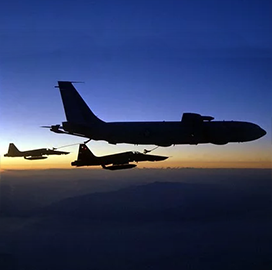 According to one NATO official, the JIGSAW software impressed the alliance that it was immediately implemented as the primary application for arranging tanker fuel missions, Kessel Run said Wednesday.

Lt. Col. Jonathan Clow, the NATO Foreign Military Sales officer for JIGSAW, pointed out that the Kessel Run software makes mission planning 800 percent faster than the alliance's legacy method with half the manpower and time required.

“When the user says ‘I trust this. This works the way I think about doing this task and I don't need to use that legacy method anymore,’ that is the ultimate datapoint – the user,” explained Clow.

Used by the Department of Defense since 2017, the software has since saved over $500 million in fuel costs and shortened the time to organize and execute refueling missions.