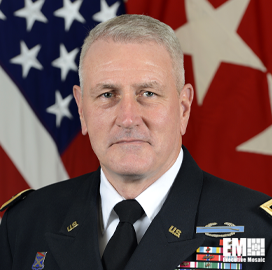 Gen. John Murray, commanding general of Army Futures Command (AFC) and two-time Wash100 Award recipient, said this year's Project Convergence exercise serves as a platform to determine how the service needs to fight in the future.

Murray and other AFC officials spoke about Project Convergence at the Association of the U.S. Army's 2021 annual meeting in Washington, D.C., the Army said Wednesday.

Project Convergence first launched last year and has a 2021 iteration, which commenced on Tuesday and will conclude on Nov. 10th.