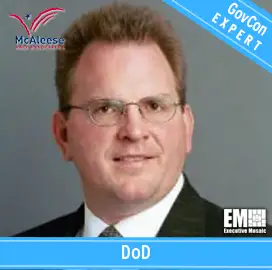 Consulting firm McAleese & Associates has issued a report outlining key takeaways from hearings held by Senate and House Armed Services Committees on the withdrawal of U.S. troops from Afghanistan.

Jim McAleese, founder of McAleese & Associates and a three-time Wash100 winner, reported that Gen. Mark Milley, chairman of the Joint Chiefs of Staff, testified that he recommended maintaining 2,500 to 3,500 U.S. advisory troops plus 5,000 NATO forces in Afghanistan, saying this would have allowed U.S., NATO and Afghan National Security Forces to keep the Taliban at bay “for an indefinite period of time” and force a negotiated political settlement.

Milley, a four-time Wash100 Award winner, told lawmakers that the emergency noncombatant evacuation operation was necessarily limited to defense of the Kabul airport and that military leaders unanimously recommended adhering to the Aug. 31 withdrawal date to minimize risk to U.S. forces, the remaining U.S. citizens and to the mission.

"That is exactly what we assessed that if we stayed past the 31st, the risk of force, U.S. military casualties, the risk to the mission, the ability to executive and continue to execute a [noncombatant evacuation], and most importantly the risk to the American citizens that are still there was going to go to … very high levels,” Milley told Sen. Elizabeth Warren, D-Mass., during the Senate panel’s hearing Tuesday.

Austin noted that Afghan troops’ military equipment accounted for only 20 percent of the total U.S. funding for ANSF from 2002 through 2021.

Gen. Kenneth McKenzie, head of U.S. Central Command, joined Milley and Austin during the hearings and testified that the “go-to-zero” decision to pull out U.S. troops from Afghanistan demoralized Afghan forces while strengthening approximately 75,000 Taliban fighters.