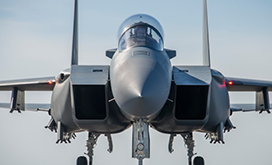 The U.S. Air Force has unveiled a new Boeing-built fighter jet to help the service branch meet its capacity goals while providing operational and developmental testing opportunities for USAF aircraft. The first formal training unit for F-15EX will operate under the 173rd Fighter Wing at the Kingsley Field Air National Guard Base in Oregon by 2024.

END_OF_DOCUMENT_TOKEN_TO_BE_REPLACED 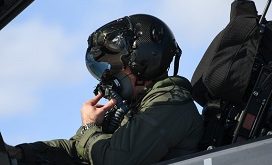 The 53rd Wing has consolidated its series of large-scale tests into a new event called the “Black Flag” at Nellis Air Force Base in Nevada, the AirForceTimes reported on Monday. Black Flag is being designed to build capability for the Air Force and act as the equivalent to the service branch’s “Red Flag” training exercise testing.

END_OF_DOCUMENT_TOKEN_TO_BE_REPLACED 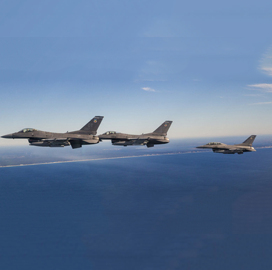